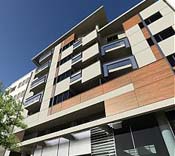 NOTE: This is a quick test of the system here using an article from 3DA from when Max 9 was first released.

Branko Jovanovic (a.k.a. d.sign) takes the new MentalRay in Max 9 for a spin and compares it to some of his experiences with Vray. A quick review of sorts looks, at Mental Ray now, compared to experiences in the past with some favorable if not cautious observations as to MR’s place in the architectural visualization industry.

Hi all! Though I am aware that you can find some good new features overview on the official AutoDesk site about MR for Max 9, I think it is good to have some insight from the first hand, cause I am always skeptical about product description that usually say - this is so fast and this is so good!
Anyway, the new MR that comes with Max 9 does have significant improvements that cover two major areas:

Both oriented mostly toward design/archviz community. Also, the speed up is quite noticeable.
A little late, we may say, considering that Vray conquered the world market in this area and Maxwell coming on hard.
It will be difficult to fight with them, but MR has a good chance, if you remember that it comes with couple of major packages as main render engine.
Here is one quick test I did. Translating scene from Vray and setting up lights and materials took only 15-20 mins. Render time at this resolution was 7min.
on Intel core2duo, 4GB ram. Very close to the Vray time that would take for image of similar or worse quality...
Scene is lighted with two MR area lights, positioned in each of two window on the left side. Nothing else. I could achieve the same result with one window and one MR area light for sure.

But let me start from GI.
As most people know, setting the GI with MR was often very time consuming for most super ficall users as myself.
Sometimes it was great, sometimes splotchy and awful.
Now, what is actually changed, that is user interface for Final Gather, with couple of presets that are enough to ensure level of quality you desire.
Also you have the FG point’s number option to replace difficult to grasp radius option that was often cause for bad results.
Calculation is much faster and it is visible in render right away so you know what you doing. You can save that to file just as Irradiance caching in Vray.
There are three proposed ways to do GI now in MR

1. FG only, which is enough, but you need to increase the number of diffuse bounces from 0 (default) to 1 or more for interiors
2. FG with Ambient Occlusion (which is inherent in shader setup) for detail enhancement
3. FG + AO + Photon Map which is fastest method, but again may take some time to set up correctly.

So, if you are ok with a bit longer render time you can settle with first two methods, stick with presets and you will have no headache with splotches. Of course, tweaking could make some speed gaining as always.

There is also quite good explanation in user reference for way that FG actually works so you can engage in tweaking with no fear.
Also, you can turn on diagnostic and see actual samples and their density for better picture of each parameter effect.
Overall, for simpler scenes, we are now talking about minutes for setup and minutes for render. Sound good?
There is still question about large-scale scenes and complex illumination scenarios and I am afraid that MR is still no match for Vray in those cases.
But I could be wrong, will have to try it and see...

Second point of interest for archviz people is shader improvements in MR.
There is new powerful shader optimized for design-architecture.
Inside of it, there is just enough number of presets and they are good starting point for further enhancement. In upper image there are only preset material used.
You can tweak those presets easy cause the parameters are simple enough to understand.
Not only that, but every single parameter and option is explained with short, but clear description when you point over with mouse. Much more user-friendly than standard MR shaders before. And there is plenty options for material tweaking, three of them very interesting:

1. Ambient occlusion - turn on and tweak this option to have the dirt map effect overlaid in material
2. Rounding corners and edges option - very nice shader option to enhance straight edges
3. Glossy reflection fast interpolation and couple of ways to do it (using half of the resolution or less for glossiness or limiting high detail distance)

There is still possible issue with architectural glass for windows on exterior scenes... but that is still on me to investigate...

New MR sun and sky along with physical sky environment map is very interesting feature, mostly for exterior scenes.
You can create it separately or by creating daylight system and choosing appropriate alternatives for sun and sky.
I did couple of quick tests for that using scene I did some time ago with Vray.
I was quite happy with mood, quality (not much of artifacts) and speed.
It may need more bounces or better quality, but it was done with
low preset for FG and render time was between 10-15 mins for 1400x1600pixels on dual core with 4GB Ram.
Apart from glass reflection that I neglected, turned out nice for such speed and setup time.
Materials are again presets...
It is important to use the logarithmic exposure control with this system as for similar systems before. Exterior daylight should be checked on and you can tweak brightness, contrast and physical scale... 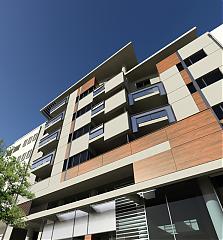 Finally, there is no doubt that MR was always highly sophisticated and complex tool. Still is.
But orienting toward wider archviz community, in terms of speed and ease of use, is certainly good news, even if it comes a bit late.
MAX, Maya, XSI users will have one good built in option to make good archviz renders and going in depth with MR could bring unlimited height in results quality. Just remember the powerful shader effects like glow, glare and many more... Thanks to masters like Jeff Patton they are within our reach...
Perhaps MR is still not suitable for such wide variety of scenes/situations like Vray is, but definitely can bring you some great and fast results for simpler scenes, both interior and exterior... 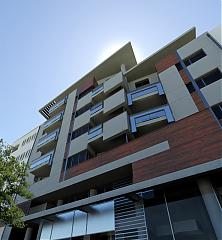 Branko Jovanovic (a.k.a. d.sign) is an architecural visualization artist from Serbia and Montenegro and a valued moderator at 3DAllusions.