2. Render the scene as it is. This is the resulting render:

Why does it have that yellow/orange tint? To answer that let's quickly explore the scene settings. The two sky portal light sources have a mib_blackbody shader applied with a kelvin temperature of 3600K assigned. If you look at a Kelvin chart you'll find that 3600K has a slight yellow/orange tint. For reference, here's a link to Jeremy Birn's Kelvin Chart from his book "[digital] Lighting & Rendering".
http://www.3drender.com/glossary/colortemp.htm
Also, here's another list of common Kelvin color temperatures:
http://www.freestylephoto.biz/techtips_det.php?id=7

To continue, here's a screen capture of the scene & settings (click to enlarge)

Naturally the color of the light is important, but also the white balance setting is critical. The white balance is currently set to it's default value of 6500K. This setting will give you an accurate (true) representation the light sources actual color.

Note: Our eyes do this filtering in real time so we normally can't see the yellow/orange tungsten light sources...unless you go outside at night and look into a room lit with tungsten lights.

So what if I want to use physically accurate kelvin settings on my light sources, but I don't want the renders to be tinted yellow/orange (or blue)? Well, on most real-world cameras you have several presets for lighting scenarios (incandescent/tungsten, fluorescent, daylight, etc..). These presets are simply changing the white balance setting on your camera.

In addition to the presets, you may also be able to manually configure the white balance on your camera. In the next steps you'll see that we can easily modify the white balance on the mr Photographic exposure control to help "correct" the light colors in our renders when using Kelvin controls.

3. Back in the Kelvin_start.max scene, change the "Whitepoint" setting on the mr Photographic Exposure control to 3600.0 Kelvin and render the scene again. 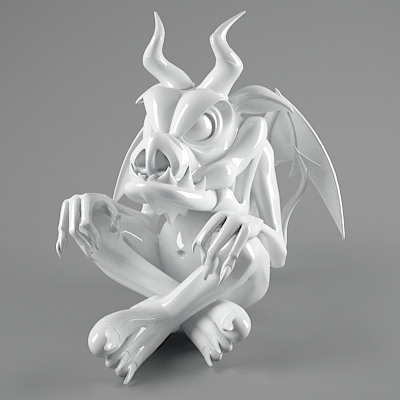 We didn't change anything on the light settings, but now the lights appear to be white..why? It's because we matched the white balance of our exposure control to the Kelvin settings on our light sources. Remember, the light sources currently have a Kelvin setting of 3600K, now our whitepoint value is also set to 3600K.

4. To explore this, go back into the Kelvin_start.max file and turn off the mr Sky Portal01 light source. Open the material editor and assign Map #3 (a mib_blackbody shader with a 4600K setting) as an instance to the custom color source map of mr Sky Portal02.

Make sure the mr Photographic Exposure control whitepoint is still set to 3600K and render the scene. Here's what the resulting render should look like: 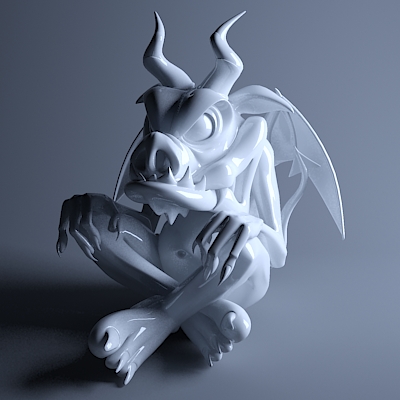 Now if you check one of the Kelvin color charts (see links above for chart), you'll notice that 4600K isn't blue in color. But since it's higher than the whitepoint value on our exposure control, it appears to have a blue tint.

5. Change the Whitepoint setting on the mr Photographic Exposure control back to 6500K

Render the scene again to see the "true" color of this 4600K light source. 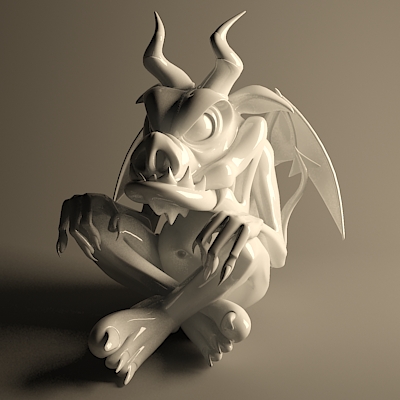 So now you know how to set the whitepoint on your exposure for lights that have the same Kelvin setting. But what happens if you have multiple lights with different Kelvin settings? 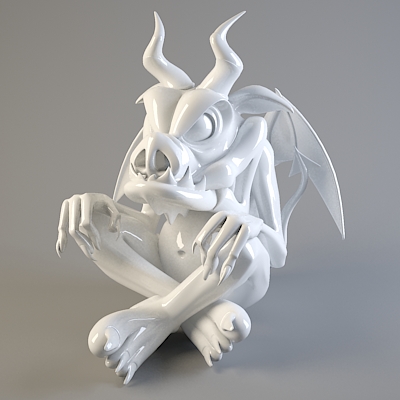 So that should give you a feel for how the Whitepoint setting on the exposure control works in conjunction with Kelvin settings on your light sources. You can use this knowledge to help create both realistic & unrealistic lighting scenarios.

An example of an unrealistic lighting scenario is when you have a client that doesn't like the blue light that the sky naturally emits (on a sunny cloud free day). For example if you render architectural interiors and use the mrSun/mrSky & portal lights. The portal lights will push blue from the sky into the room (which is a completely natural phenomenon). But often you client will not like the blue light...some may even argue with you that it's not physically correct (but it is).

So, to eliminate it you can replace the light portals with pure white light sources or assign a kelvin color to the skyportals like I did in this scene and then match the whitepoint value on the exposure control. Here's an example of that scenario:

Finally, for those that celebrate the Christmas Holiday, I wish you & your family a Merry Christmas!